“Here in Philadelphia, at least, we’ve got some great events to look forward to.

From the coming NFL draft to the opening of the Museum of the American Revolution, 2017 will be a busy year for the Philadelphia area. We’ve rounded up nine things to look forward to.

“American Watercolor in the Age of Homer and Sargent”

The Philadelphia Museum of Art presents this blockbuster exhibit of American watercolors, charting how the medium transformed from the domain of amateurs to a legitimized way to create great art. Look out for works by Winslow Homer, John Singer Sargent, Charles Demuth, and other masters of the genre.

With priceless artifacts like Gen. George Washington’s headquarters tent, Peter Muhlenberg’s pistols, and Patrick Henry’s law books, the Museum of the American Revolution is the Philly destination for history buffs in 2017, housing 3,000 historical objects in 118,000 square feet of space just two blocks from Independence Mall. Its opening date is the 242nd anniversary of the Battles of Lexington and Concord in 1775, the start of the Revolutionary War.

We successfully hosted Pope Francis in 2015 and the Democratic National Convention in 2016, so in 2017, we ought to be ready for something a little more substantial: the NFL Draft. Philadelphia will host the league’s 82nd draft on the Benjamin Franklin Parkway, which the NFL will turn into “Draft Town,” complete with an outdoor theater in front of the Philadelphia Museum of Art. The event is expected to draw more than 200,000 visitors.

Kids of all ages can look forward to the scheduled opening in spring of the LegoLand Discovery Center in the Plymouth Meeting Mall. Far from your standard bucket of plastic bricks, this 33,000-square-foot Lego-lovers paradise will include Philadelphia landmarks re-created in Lego form, 4D Cinema movies, a Lego-themed ride, and plenty of Lego play areas. The center will serve as the first LegoLand Discovery Center in Pennsylvania, and will replace part of the mall’s food court.

Realist painter Andrew Wyeth died in 2009, and the Brandywine River Museum of Art will mark what would have been his 100th birthday in 2017 with “Andrew Wyeth: In Retrospect.” The exhibit will feature more than 100 of Wyeth’s pieces for the largest display of the artist’s work since 1973. Be sure to see it before it closes in September — in October, the exhibit moves on to the Seattle Art Museum.

Read the rest at Philly.com.

Pets That Will Ruin Your Life and Your Lease 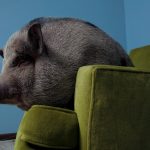 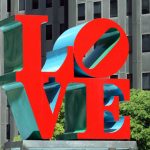 Tomorrow is Your Last Chance for LOVE at Dilworth Park