Renovation of Harbison’s Dairy Plant is a Big Improvement for Kensington and Saves a Familiar Neighborhood Landmark. Kensington has been experiencing much redevelopment in recent years, especially in South and East Kensington.  Development, so far, has been slower in other parts of Kensington, but new construction and renovation have been making their way further into the rest of Kensington.  One noteworthy vacant building is the Harbison Dairy plant at 2041 Coral Street. This plant has four buildings that are two and three stories tall. The first building was built in 1895 and the three other buildings were an expansion built in 1914.  Now, the owners of Pop Promos, a maker of swag-type promotional items that also develops real estate, is planning to renovate the Harbison’s Dairy plant into apartments and office space for their company. The renovation is being designed by Stuart G. Rosenberg Architects.

The renovated Harbison’s Dairy will have between fifty and sixty rental units.  Pop Promos will take up about 20,000 square feet of the office space. The commercial space could include some retail space.  There will be internal parking. A two-story addition will be built over the existing buildings in the center. The roof will have a roof deck.  The most noteworthy feature of the building is the landmark water tower on top that is shaped like a milk bottle. That “milk bottle” will be renovated and repainted to resemble its look when it was new, preserving a familiar Kensington landmark visible from much of the neighborhood.  The brick facade will, also, be renovated and new windows and doors will be installed that resemble the building’s original ones. The roofline has a distinctive cornice. The building will, also, have a courtyard.

Kensington is coming a long way.  South Kensington is experiencing much new construction and renovations, such as the renovated Umbrella Factory, formerly the Stetson Hat Factory. Nearby, a former mill has been renovated into Orinoka Mills, a residential and community office building. On Oxford Street, a former complex of factories has been renovated into Oxford Mills.  Many of these buildings are local landmarks and the renovation of the Harbison Dairy plant preserves another landmark building and feature on the Kensington skyline.

Residence27 Brings New Luxury Apartments to the Heart of Brewerytown 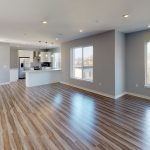 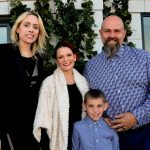