At the start of the pandemic, many fled from large cities like New York and ran for the hills. With the ability to work from home, many people no longer needed to live in the actual city they worked for. These city flockers packed their bags and found themselves looking for more space and fresh air. However, while this exodus was a common sight for big cities, a report finds that was not the case for Philadelphia.

“It’s really not happening in Philadelphia, which is good news,” said Paul Levy, president of the Center City District.

In fact, the housing market, after a stumble at the start of the pandemic, has rebounded strongly, according to a recently released CCD report. Sales prices are up in the city, and more units were under construction at the end of last year compared to pre-pandemic rates in late 2019.

Center City’s outlying neighborhoods stood out, in particular. Condo prices were up 6.2% in December year-over-year, and single family home prices increased by 17%, the CCD report said.

Businesses also seemed to do better in those areas, with people working from home choosing to shop on Frankford Avenue in Fishtown or East Passyunk Avenue in South Philadelphia rather than at stores near their downtown offices, Levy said.

“The vitality of so many neighborhoods really held up very, very well,” he added. “You see the activity in playgrounds and out in parks.”

Home prices in Philadelphia as a whole jumped 15% from December 2019 to December 2020, according to the CCD analysis. During the same period, prices declined by 1% in Boston and increased 5% in New York.

Throughout the years, Philadelphia has maintained its affordability even amidst a pandemic. Whether you choose to rent or buy, Philly has something for everyone. Read the full article here. 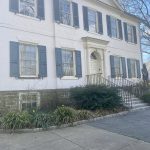 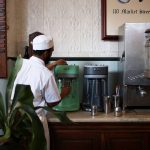