National Real Estate Development officially began construction on their new apartment building at 200 Spring Garden St. The building is set to be a 13-story building with 5,400 square feet of space set aside for retail, and 10,000 square feet utilized for outdoor space.

Plans began back in 2018 when the properties were bought by National Real Estate Development, and the company has further plans to continue developing the street between Spring Garden and Callowhill street. Dan Killinger, the President of the company, was quoted as saying, “We want to make a neighborhood. We want to make a special place where people want to live and also bring new office and hospitality uses to the neighborhood.” Construction is expected to be completed in early 2024 on the 13-story apartment building, and is estimated to cost around $500 million.

Tenants can expect to pay a comparable rent to other residential units in the area, which the developers believe will attract more residents. City Fitness, a gym currently located at 200 Spring Garden, was been temporarily knocked down, but will be the spearhead of the retail space located at the development. Killinger is very excited about the development, stating how the company is, “creating an entirely new neighborhood that will combine the energy and vitality of Northern Liberties with the history and the culture of Old City into something that is truly Philadelphia”.

An Exciting Development – One Cathedral Square 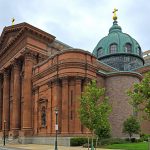 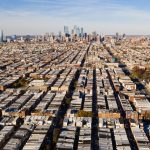