Wayne Junction is an area of Philadelphia with many old industrial buildings surrounding a historic train station. The Wayne Junction Station, designed by noteworthy architect Frank Fitness, was claimed to have more trains stopping at it than any other station in the world at one time. Today, it has five SEPTA regional rail lines and Amtrak passing through it and it was recently renovated and updated by SEPTA and Amtrak. The surrounding industrial neighborhood has recently been declared historic, but a few buildings have been demolished over the years, including the Moore Push Pin factory and the Van Straaten and Havey Silk Mill on Berkeley Street. The site of these buildings, at 113 Berkeley Street and steps away from the big train station, is now owned by prolific local builders Philly Office Retail, which plans to build a big new apartment building there. This new building will be called the “Wayne Junction Diner Apartments”, after the business that used to be located around the corner from this site.

This new apartment building has been designed by Harman Deutsch Ohler Architects. It will look similar to the historic industrial buildings and be a similar height to many of them, at six stories tall. The new building will have 143 rental units and 5,600 square feet of retail space, including in a diner from the 1950s, which will be placed within the retail space in front. There will be a courtyard and amenity deck inside and an amenity room overlooking it. A green roof and a roof deck for the tenants will be on top of the building. The exterior of the building will match the surrounding industrial buildings, with large factory-style windows and red brick on most of the building (including raised brick columns with exterior lighting and a detailed brick cornice at the top). The building will have 93 parking spaces, some below ground for the tenants and some above ground for the retail customers, and about 50 bicycle parking spaces and bike racks in front.

This new apartment building marks a major new milestone for Wayne Junction, transforming it from a largely vacant former industrial zone to a thriving neighborhood of homes and businesses. Already, several historic buildings have been renovated into apartments and business space, including retail space next door to this building where there are a popular brewpub and a barbecue restaurant. 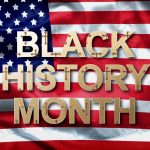 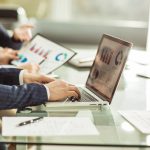