Germantown has many landmark and historic buildings and some of them have been vacant for some time.  There’s the Germantown Town Hall building, which resembles the original Philadelphia Stock Exchange building in Old City, and the large Germantown High School which was closed a few years ago.  And there is the former Germantown YWCA building next to Vernon Park on Germantown Avenue.  That was built in 1915 and has been vacant for a very long time.  Neighborhood leaders have been wanting to renovate the building for some time as well.  Many people in the neighborhood feel that by renovating the old Germantown Y, that it would spur other development and renovation on the struggling Germantown Avenue commercial corridor and in nearby neighborhoods.  So, news that the Philadelphia Redevelopment Authority has chosen developer KBK Enterprises to renovate the Y is bringing renewed optimism to residents of Germantown.  KBK has chosen Barton Partners to design the renovation.

KBK Enterprises plans to renovate the first floor into 2,000 square feet of office, and maybe retail, space.  Then the remaining three floors above will be renovated into 47 rental apartment units.  The site is zoned CMX2.5, which allows for medium density and a mix of uses.  There will be 29 parking spaces in back and extensive landscaping surrounding the historic building, which should fit in well with Vernon Park, which was recently renovated itself.  The famous brick exterior, with the arched windows, will be restored to its familiar appearance.  The fourth floor is a partial floor and the adjacent roof, over the third floor in front, will have a small roof deck and a partial green roof.  KBK plans to use federal historic tax credits to help finance the project.  The project was recently approved by the City Planning Commission, as well. 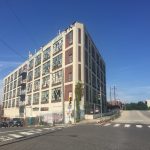 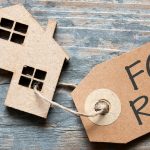 How to Rent in Philly