Coming up on September 15th, Hispanic Heritage Month will begin. If you are unfamiliar, this is a period of time celebrated throughout the latter half of September and the first half of October as a way to promote the history, culture, and contributions of Hispanic-Americans. More specifically, those whose ancestors came from Spain, Mexico, the Caribbean, and Central and South America. Many communities all over  mark the achievements of Hispanic and Latino Americans with festivals and educational activities during these weeks. Keep reading to learn more!

Hispanic Heritage Month is observed annually from September 15 to October 15. It is a time to appreciate and celebrate the colorful cultures, rich histories, and diversity of the American Latino community.

Hispanic Heritage Month first began with one week of commemoration when it was first introduced by Congressman George E. Brown back in June of 1968. With the civil rights movement, the need to recognize the contributions of the Latin community gained a lot of traction in the 1960s. Two heavily Hispanic populated areas during this time were the San Gabriel Valley and East Los Angeles, which were both represented by Brown. His primary goal was to recognize the integral roles of these communities in American history. Eventually, the observation of Hispanic Heritage Week began in 1968 under President Lyndon B. Johnson and was later extended to a 30-day celebration by President Ronald Reagan, which would begin on on September 15 and would end on October 15. It was officially turned legal on August 17, 1988.

The month is celebrated in a ton of different ways. As several other celebratory holidays fall during this month, such as the independence days of several Latin American countries, concerts, parades, food fairs, and more are organized throughout this 30 day period. There is also a variety of educational events like art exhibitions that take place, highlighting important Latino heroes in history. In addition, the official government website typically keeps a calendar of highlighted activities hosted throughout the United States, from concerts to art festivals and parades. A majority of the festivities held throughout the U.S. are family-friendly and occur at the local level—and many are free! 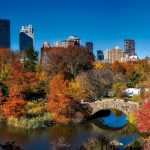 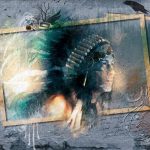