North Broad Street will continue to develop.  As Temple University continues to grow and development happens near Center City, North Broad is becoming more popular and is starting to develop into a true downtown-style main street for North Philadelphia, and it is starting to stand out as more of a premier street and location for the entire city.  New market-rate apartment developments will keep being built along North Broad, and not just for Temple University students. Many of these new buildings will be upscale and will have distinctive new designs and features that were not typical of previous North Broad Street buildings. 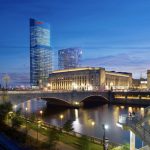 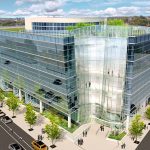 3.0 University Place Sets the Tone for a New High-Tech and Sustainable Office District in West Philadelphia