Philadelphia has various rapidly growing industries that are in need of more space, especially in the life sciences industry. Real estate developers have been satiating this demand with ambitious projects that will create new laboratories and manufacturing warehouses, hoping to attract companies in this industry. The projects are focused on renovating and reinvigorating former warehouses and facilities throughout the city. They’ll eventually be turned into different types of life science facilities which will support various a vast science industry.

Here are five of these development areas to watch throughout Philadelphia.

The Navy Yard in South Philadelphia over the last 25 years has been experiencing a major overhaul in its development. This has been overseen by the Philadelphia Industrial Development Corporation (PIDC), and the shipyard turned office space will be expanded as a new port of call for the life sciences industry. Several companies are looking to the Navy Yard as laboratory space, with one of the most notable buildings, a 137,000 square foot laboratory, expected to be ready for tenants as early as 2023.

Schylkill Yards in the University City area has been under development in partnerships with Drexel University. Mixed-use development buildings and a 500,000 square foot center for innovation in gene therapy techniques are the propositions that real estate developers want to turn into a reality. These follow suit in University City’s continued push for an increased presence of life sciences in the area.

In addition, new research and development facilities will be one of the main focuses of Schuylkill Yards developers. These projects are expected to be completed within the next few years, with the earliest coming by the second quarter in 2024.

Pennovation Works has been a mainstay “in the Philadelphia area for over 200 years”, and within the last 15 years has become a pillar of research for different fields of life sciences. The University of Pennsylvania has been the driving force behind the development, with the Pennovation Center and the Pennovation Lab being some of the most recent developments.

Both spaces have been transformed into research facilities that provide space for companies led by UPenn students, and startup companies alike. The 58,000 and 65,000 square foot buildings are just the beginning for real estate developers looking to expand even more in the area, with more projects expected to be completed by 2025.

Center City will also be a development area to watch, specifically at 2300 Market Street. The current building is set to be the latest to be overbuilt by developers. Overbuilding is the technique in which extra stories are added by real estate developers on top of existing buildings in order to create more space which can then be used for various purposes. The original plan for 2300 Market Street was to add more office and retail space, but the project has been recently updated to create over 200,000 square feet of research and development facilities for life science industries.

The Lower Schuylkill Biotech Campus is part of the Lower Schuylkill Innovation District, a 75 acre development that began in 2012. The Innovation District was created to take advantage of infrastructure in the region, and revitalize the area with a new focus on life sciences. The Biotech Campus will take up a majority of the district, with a main focus on manufacturing space. The project is still in early development, but it promises to be an exciting area to keep an eye on.

Is the Real Estate Market Slowing Down, or Is This a Housing Bubble? 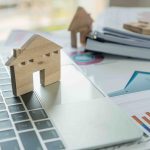 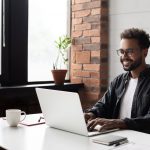